Do you Need A Commercial Air Compressor?

Thomas air compressors are noted for their quality. Buyers flock to these products from all background experiences.

For the professional business, they offer high-quality units perfect for heavy-duty work. For the enthused amateur, they provide durable solutions to home workstation situations.

And yet regardless of where the air compressors are put to use one thing remains the same: the company’s sterling reputation. In this article, we look to highlight the strengths and weaknesses of the two products.

These units compare to Ingersoll and Rand, or even DeWalt in their pricing structure and performance. However, our conclusion is that their actual performance is distinct and deserving of special attention.

First, we consider the strengths and weaknesses of the T-200ST. A powerful 13 amp unit with broad appeal for a wide range of different users.

The Thomas Compressors T-200ST is a 13 Amp 2-horsepower unit. The 2-horsepower motor delivers 4.6 cfm at 100 psi and is designed to operate quietly for minimal disruption.

It’s also a slow turning unit that operates at 1700 rpm. This feature is specifically designed to extend the life of the compressor.

Though not the most expensive air compressor on the market, this unit is priced on the higher end of the scale. This is particularly true in view of its size and design.

Though impressive in terms of its specifications, more affordable options are available. In view of its market position, the T-200ST will primarily appeal to the needs of serious users.

This category may primarily entail heavy-duty amateurs. However, pros in need of an occasional tool may also consider it.

However, the more intricate the part, the more expensive it gets. For example, a new pump costs more than some lower-end compressors. 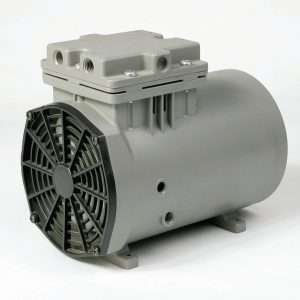 The general consensus on the Tomas Compressors T-200ST is that it is a good, serviceable piece of equipment. However, there are nevertheless some cons to be aware of.

Price may be the primary concern of the average buyer. This includes both the cost of buying the compressor and of maintaining it.

However, once the tool is acquired there are several other small concerns to consider. The biggest problem is the pressure output.

Though the unit is designed to max out at 135psi, a significant portion of users report that they only achieved 125psi. This problem is a noted manufacturing defect and can be fixed at service stations.

However, it’s still an inconvenience. 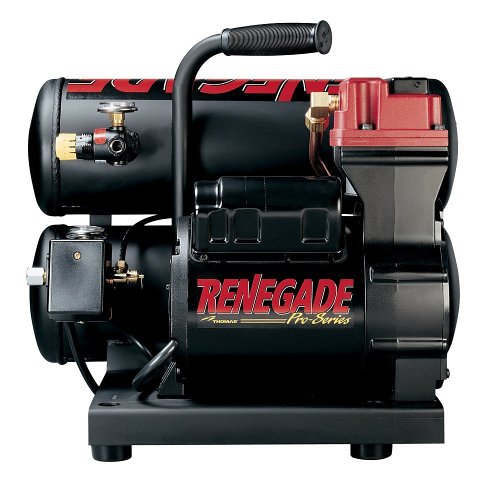 The T-617HDN is a 4-amp, ½ horsepower unit. It features an oil-free design and benefits from a 2-gallon air reservoir.

Like the last compressor we looked at, it is designed to operate quietly and maxes out at around 60 decibels.

Though still serviceable, these specifications lend themselves best to amateur use.

The majority of replacement parts are comparable in price to those of the last unit. Smaller parts like gauges and hardware tend to be priced in the $100 range (give or take some depending on the part).

The big difference will be observed in larger parts.

For example, a new pump will be significantly more accessible. However, even here major replacement parts can cost several hundred dollars.

The T-617HDN is significantly more financially accessible than the last unit that we looked at. This is primarily due to the differences in specs.

You pay less but also get less. Nevertheless, the price and performance of this unit combine to make it a good option for amateurs.

All of the cons we have observed do well to point to the fact that this unit is best kept at home. Though technically serviceable for light-duty professional purposes, users are advised to refrain. The hardware simply does not lend itself well to Jobsite conditions.

For example, the unit handles are made of cheap plastic which has been observed to snap and break. Users have noted similar concerns regarding the regulators or release valves.

Though troubling, however, these concerns are rarely described by domestic users. 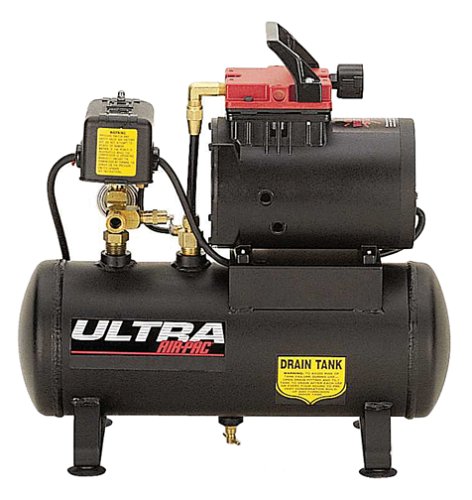 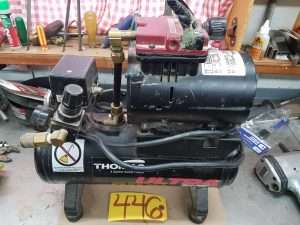 On a pure point by point performance comparison, the T-200ST handily wins the day. However, when the user-intent is stirred into the conversation, the contest becomes murkier.

Though undoubtedly impressive in its performance, the T-200ST overperforms for some users.

Those with standard domestic intentions may not need heightened features and won’t want to pay for them.

Ultimately, declaring an outright victor seems disadvantageous to at least half the buying populace. Rather, it would be better to say that each unit caters to its ideal niche, and does so well.

It’s fair to say that both the aforementioned products do well to honor Thomas’s reputation. Both perform admirably in the functions they have been designed for, and both cater well to their unique demographics.

Deciding on the right product for you will ultimately be a matter of identifying your needs. Are you a serious amateur or a professional? If so, you’re sure to benefit from the rugged utility of the T-200ST.

However, if you’re looking for occasional use at home products, you could do much worse than the T-617. Ultimately, both products impress in most of the ways that are important.